Carbohydrates - What you need to know

No matter how little you know about sports nutrition, one type of food that you are bound to have heard plenty about is the macronutrient carbohydrate. Over the years, so much attention has been given to carbohydrate rich foods both in both sports nutrition and general health nutrition, that many people are left confused as to whether they beneficial or detrimental to our health. Dr Atkins created a sea of controversy with his world famous diet, advising dieters to cut out all forms of carbohydrates if they wished to loose weight.

This nutritional approach has been strongly criticised by the majority of physicians and following such a diet for an endurance event would leave you in a heap after the first few miles of the race. To understand why, a little more must be understood about how the body uses carbohydrate as a fuel. 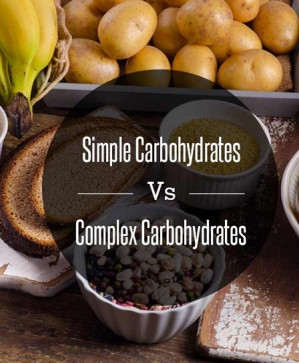 Carbohydrate in the body

The brain is arguably the most important organ in the body and requires a steady supply of fuel to keep it alive and functioning optimally. The simplest form of carbohydrate, glucose, keeps the brain functioning and without it a number of health conditions can arise. This is not an excuse to jump straight for sugary foods; your body is much smarter than that.

Once eaten, the more complex carbohydrates such as rice, pasta and potatoes, are broken down into monosaccharides with the help of digestive enzymes, so the body can transport them in the blood to be utilised.

The body’s internal regulation system automatically directs sugar to the areas where it is needed such as the brain or working muscles.So that we don’t need to keep eating carbohydrates every hour of the day to meet demand, the body stores carbohydrate away in our muscles and liver in the form of a substance known as glycogen.

As a runner, you rely on this stored carbohydrate to help you keep going.

During your training or racing, without a sufficient amount of glycogen, you will slowly grind to a halt. Although protein and fat stores can used to fuel movement, they are much more difficult to breakdown and utilise as a fast source of energy. Fat can be used and indeed is used to help fuel movement, but it is your carbohydrate nutrition needs to be spot on if you want to perform. 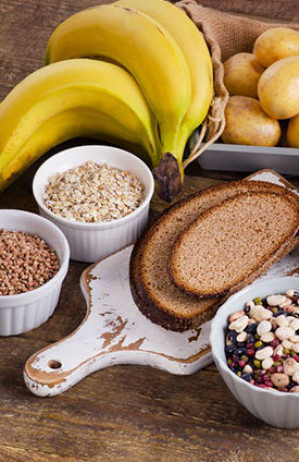 The Importance of Glycogen

The human body can store somewhere in the region of 500g (1.1lb) of carbohydrate in the form of glycogen. 100g of which is stored in the liver and 400g is stored in the muscles. These stores are enough to take you to about mile eighteen (thirty kilometres) of the marathon.

This is the point where people say they hit the dreaded wall because without sufficient glycogen, a quick energy source is unavailable, causing the body to turn to alternative stores of energy such as fat and protein to keep movement sustained. The process of converting fat and protein into quick energy is complex and the body is unable to do it quickly enough to meet energy demands, ultimately leading to deterioration in performance.

If carbohydrate stores remain low, an insufficient supply of sugar is available to keep the brain working properly, giving rise to symptoms of dizziness and confusion. If exercise is continued with these symptoms, a runner’s health can very quickly deteriorate causing the athlete to collapse and fall very ill. This drop in blood sugar is known as hypoglycaemia and is explainedin more detail later.

Glycogen is important for any endurance event, but it is in the marathon where it is of utmost importance.

During a half marathon race, it is unlikely that you will deplete all of your glycogen stores as your liver and muscles are able to provide enough to see out the 13.1 mile (21km) race. It is still important however to ensure you have eaten correctly in the days running up to the race.

If your glycogen stores are not filled sufficiently before the race, your pace may begin to slow towards the end as you begin to run out of energy and your blood sugar begins to drop 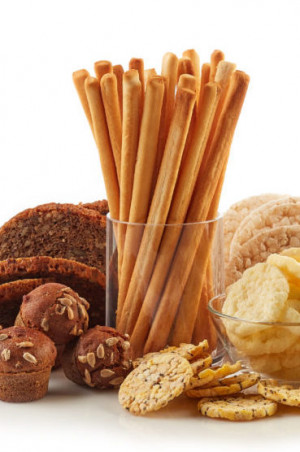 Ensuring that you have sufficient carbohydrate to train and race effectively is not quite as simple as you may think. Unlike refuelling a car, the timing of your carbohydrate intake is vital, due to the role of enzymes in the body.

Immediately after exercise, the body secretes large amounts of an enzyme called glycogenase, making the muscles and liver highly receptive to absorbing and storing carbohydrate. The increased level of glycogenase in the blood is raised for about two hours, with this time frame being the optimum window for the lost carbohydrate stores to be replaced.

Numerous studies have been performed on this subject and the evidence is overwhelming in favour of consuming a rich carbohydrate meal or drink soon after a training run. If insufficient carbohydrate is eaten and the timing is wrong, performance can be severely compromised in subsequent training runs often leaving runners confused as to why they feel so tired 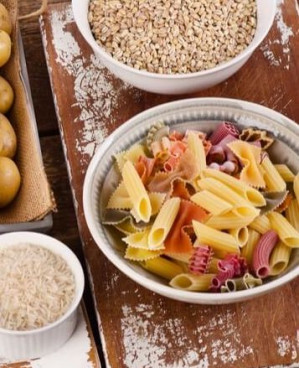 A common mistake made by many new endurance runners is that because they are exercising more than they ever have done before, they think they can get away with eating like a horse and make the excuse that it is necessary to do so because, “they are in training.”

Whereas it may be true that a runner’s diet needs to be richer in carbohydrate than the average persons, eating large quantities of carbohydrate rich snacks such as doughnuts, biscuits, cake and chocolate is counter productive.

Naturally, your calorific intake will need to increase as you progress through your training programme, but it is important not to lose sight of the fact that many carbohydrate snacks are also high in saturated fat. Before you know it, you could easily end up consuming more calories than you are expending.

However as a very general guide and a “starting point:”

- If you run 3-5 hours a week - you should look to consume 4-5 grams of carbohydrate per KG of your Bodyweight. 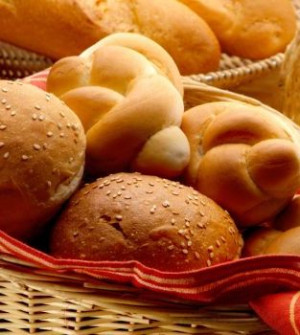