The Myth of Detox

Is it worth Detoxing?

After Christmas, the word "detox" is never far away from people wanted to cleanse themselves after an indulgent few weeks. There’s no shortage of men or women up the down the UK who are on a strict detox diet. Alcohol is out of the question, meat is off the menu, coffee is evil and don’t even mention the phrase ‘refined carbohydrates’.

At one dinner party before Christmas I found myself involved in a heated debate with a "detox disciple" about the necessity of detoxing. Before she was aware of what I did for a living, I simply questioned the physiological benefits of such an extreme approach to internal cleansing. She retorted by questioning my intellect and lack of knowledge about the subject. Once I told her what I did for a living and explained to her a few basic principles of physiology, she didn’t want to speak to me anymore. Shame.

With the detox market estimated to be worth tens of millions pounds, it is hardly surprising ‘experts’ and celebrities (who often know little about nutrition), hop aboard the gravy train.

Countless nutritional experts have deemed detoxing a waste of time and money and research consistently proves this is the case. 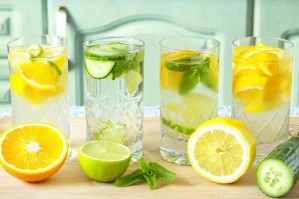 The liver and toxins

Whether we eat them, drink them or breathe them in, we are exposed to toxins on a daily basis. If they are not neutralised by gut bacteria or antioxidants first, toxins are immediately transported to the liver, broken down and filtered out by the kidneys.

A brief period of ‘detoxing’ by reducing the toxins you ingest may reduce the workload of the liver a little, but unless you are a heavy drinker and have an appalling diet, the difference is negligible. In fact, the liver is one of the most tolerant organs in the body. If you think sacrificing a cup of coffee and a glass of wine in the name of detox is going to give it a significant and well deserved rest, I’m afraid to say scientific opinion would suggest that you have been brainwashed by clever marketing.

That said, for arguments sake, supposing that a diet rich in yummy raw vegetables, gallons of water and herbal tea was indeed beneficial for the duration of your detox, what happens when normality resumes after a week or two?

Anyone, (my dinner party ‘friend’ included), who has been deprived of their caffeine, chocolate and Shiraz Cabernet fix for days on end will sing hallelujah and celebrate by wolfing down all the foods they have craved for days. So, why detox in the first place?

There is no point, and if you don’t want to take my word for it, you could always consult any of the following: 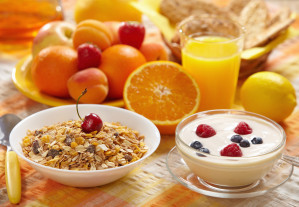