How to start your sportive training - properly!

If you have just signed up for a summer sportive, such as as the RideLondon 100 or Veloton Wales, the question that may well be on your mind as you head out for your first few training rides, is whether your focus should on speed - or on miles.

Every year, usually from mid March to early April, cyclists come out from their winter hibernation and take to the roads to get their sportive training underway.

With months of training still ahead, one question I’m often asked in the early stages of race preparation, is what kind of training is best to do after a long winter lay off and what what should riders focus on to help make them better and ultimately fitter riders later on in the season?

There are of course a dozen things you could focus on, but the following three are perhaps the most important factors to consider in the early stages of training.

When it comes to speed v’s miles, there is only one winner at this early stage of the season.

Getting miles into the legs and spending time in the saddle is without doubt the most important form of training you can do in the early season.

By building a good endurance foundation, you encourage the legs to be able tolerate long rides, by improving the delivery of oxygen to the muscles. After spending a good few weeks building up long and slow miles, then and only then should you consider throwing in some harder efforts and pushing your anaerobic system harder.

Good buildings are built on good foundations, and when it comes to cycling, the best way to build those foundations is to get on the bike and clock up those miles.

How hard should you ride? Read on….. 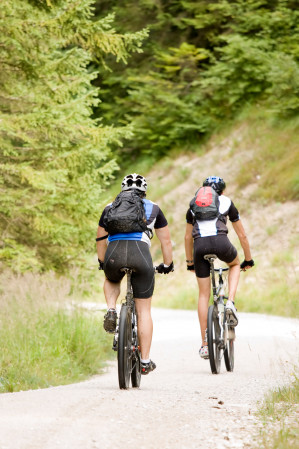 When it comes to training intensity, the key to the early stages of training is to keep the intensity low.

If you use a heart rate monitor, you should try to keep you heart rate in Zones 2 and 3 (between 60 and 80% of Max heart rate and no higher).

The occasional hill may of course push it into Zone 4 (85% +) for a short time, but try and ensure your route does not feature many hills.

Remember, the emphasis on the early stages of sportive training is on long, slow and steady miles.

If you push yourself too hard and your heart rate spends too long in the higher zones, you’re not training the right energy systems and you’ll pay for it later in the season by failing to build a good base level fitness.

In addition, by pushing too hard, you’ll find that you’ll be too fatigued on subsequent training rides and the quality of the rides will not only be poor but you may even have to cut them short due to tiredness.

So, try and stay in Zones 2 -3 (more in 2 than 3) and ride at a pace where you can easily chat with a friend and that you find comfortable. 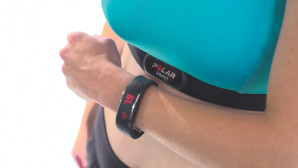 Work on your cadence

The importance of cycling cadence (RPM), ie. the number of times per minute your turn the pedal a full 360 degrees, is often under-estimated by riders taking on their first Sportive.

Although you can get away with riding at a low cadence for leisurely weekend rides, when your training rides start lasting longer than 2 hours or so, your legs will benefit from cycling at a higher cadence.

A higher cadence doesn’t suit everyone, but if you can get used to it, then it’ll be to your advantage.

Why is a higher cadence better?

This is because in order to generate the power you are asking of your legs to ride at a certain speed, for every pedal revolution, your muscles are working harder than they should be. The muscle fibres that are recruited when riding at a low cadence, although capable of producing a lot of power and help with sprinting, they fatigue quite quickly, which results in the legs tiring prematurely when riding for long periods of time

By cycling at a higher cadence of 90-95 rpm, you will recruit a more “endurance suited” type of muscle fibre, meaning your legs will be far more efficient, use less energy during long rides and be far more resistant to fatigue.

Just because cycling at a cadence of 90-95 rpm is recommended, it doesn’t mean that you should choose a high gear and ride at speed, clearly inviting very premature fatigue.

Find a gear that is suitable for the road and one that ensures your riding intensity sticks within the limits (predominantly) of heart rate Zones 2 and 3.

As you can imagine, there are a number of variables associated with cycling cadence which are beyond the scope of this post, so for now just try and practice riding at 85-95 rpm and see how you get on. It’ll feel strange to begin with, but with practice it will begin to feel very normal. 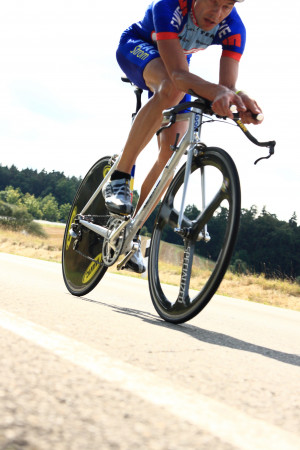